I obtain the following depth-dose deposition figures for heavy ion (calcium) incident on a Si-Ge block of 0.01 um and 10 um thickness respectively. Figures 1 and 2 are obtained for different incident energies. In fig 1, I would expect to see a Bragg peak before the energy deposition reduces to zero, as the interaction cross section increases when incident energy decreases. Such a curve is more obvious in fig 2 at 10 MeV. 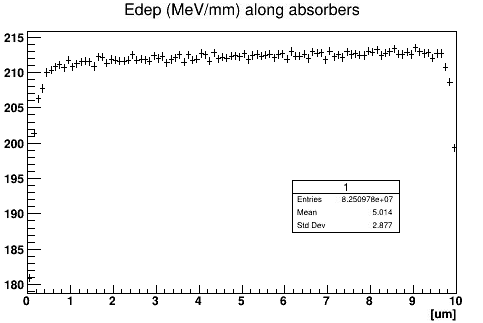 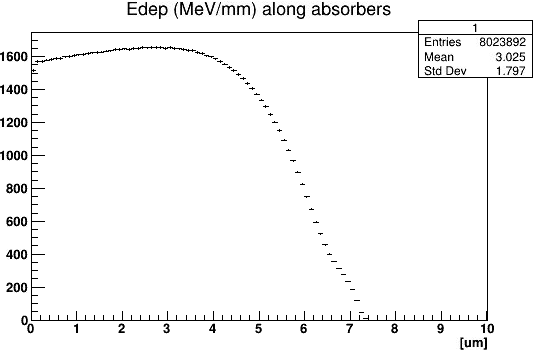 The physics lists used are the standard em physics and livermore. I am working on a modified version of extended example TestEm11. Thanks in advance!