I am trying to find out if there is a feature that would allow a particle to reenter the world or a desired surface, with the same momentum and direction but with the ability to select HOW it reenters and under what circumstances, as shown here: 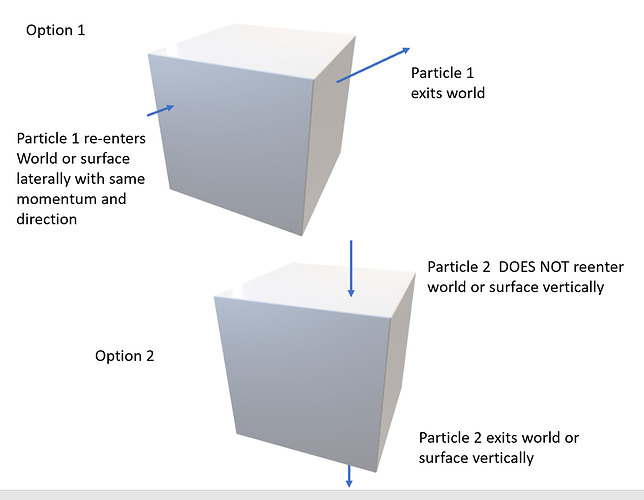 Eventually the particle would either lose enough energy and be lost inside the world after transversing many of the same volume, or escape through the vertical surface not to return.

Given that I would only wish to have a select number of sensitive detectors, rather than have a large array of them, I was wondering if this has already been considered or would be deemed computationally inefficient compared to other methods. I have seen other similar considerations such as nested parameterisation and repeated worlds, but I’m not sure that these would solve my problem.

Thank you for any guidance,