Absorption of gammas with parallel beam different to cone beam

I am looking at the absorption of gammas and neutrons in different material. The easiest setup is a source of some sort, a cube of 5x5x5 cm and an idealized detector. The beam is shooting particles along the z direction and the detector simply stores events in nTuples that have exceeded a certain z value.

For gammas with an energy of 4.44 MeV going through 5 cm of Aluminium, I calculated an expected drop in intensity (relative to no object) of around 66.7 %.

I use two different beam types, a parallel beam where particles are emitted exactly in z direction from a small rectangle. Here, the gamma counts drop as expected.

However if I simply switch to a cone beam and leave all other parameters untouched, the intensity drops not as much as I expect, only by around 80 % when comparing with a simulation without object. I am only looking at the absorption at x = 0 cm because for other x with a cone beam the gammas travel through more material. 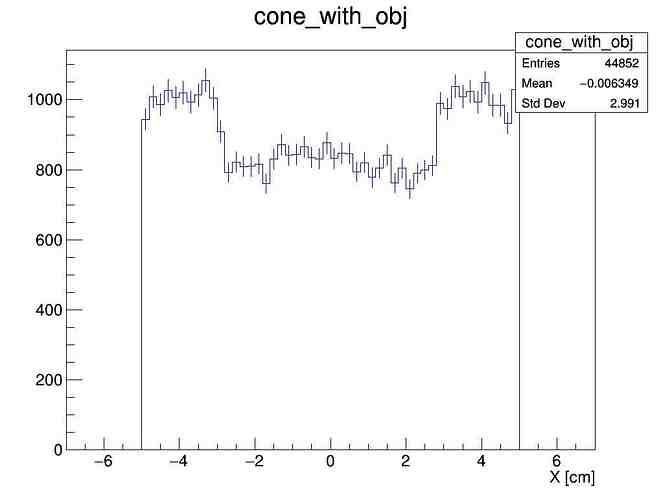 Of course, with a conebeam but essentially a fanflat setup I get less statistics, but still the counts do not seem to match my expectation. I tried placing the source further away to reduce the angle at which the particles hit the target but still the counts were too high. Also using other materials like PVC show less absorption with a cone beam than with a parallel beam.

Can somebody explain why there is a discrepancy between using parallel or cone beams?
Sadly I can only upload one graph as I am a new user, but I can provide all the plots if that helps.

The relevant macro lines used for creating the beams are:

Plot for cone beam without object 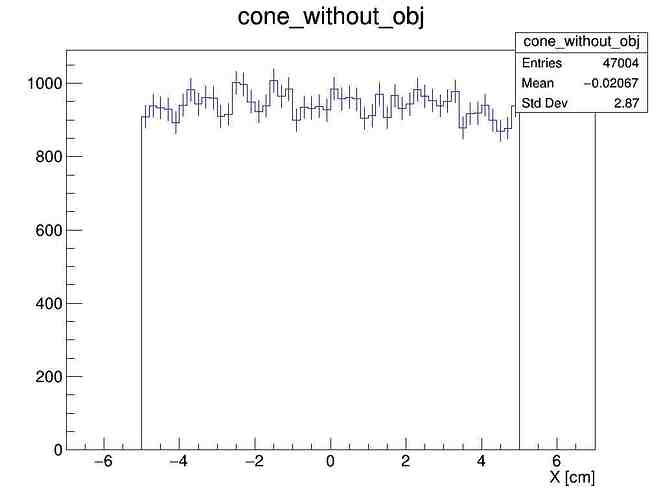