Dear Experts,
I am using Geant4_10_07_p03.
I am interested in how far a proton beam with 14 MeV can get in air and how much it will spread.
I made a world_volume consisting of “G4_Air”, put a GPS in its center and visualized a few particles (see above). Most of the particles go straight forward until they are stopped. 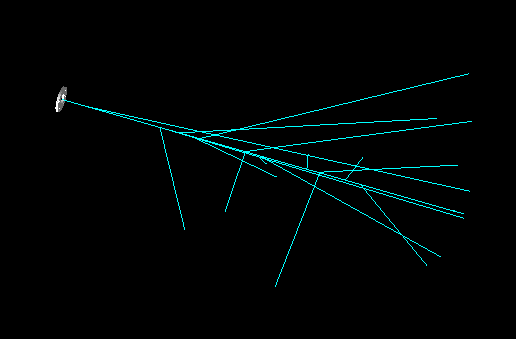 If a put a cube made out of the same material as the surrounding world_volume (“G4_Air”) in the particles path the beam will spread and the result is very different. (see below) 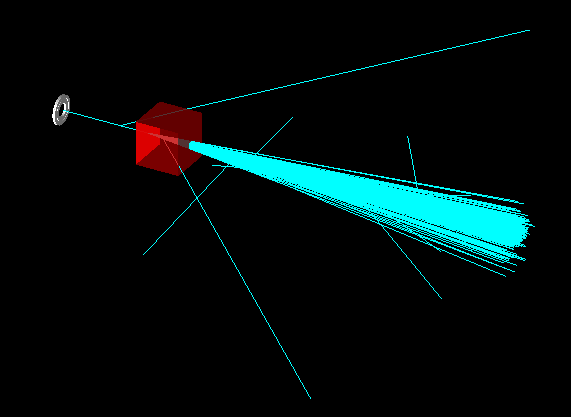 Why is this happening? I am adding a volume made out of the same material as the mother volume.
Is there a “forced” interaction at the point where a particle leaves one volume and enters a new one despite the old material and the new material are the same?

Running this with “tracking/verbose 2”, it seems the process “Transportation” is called at the geometric boundary (which makes sense because Steps need to end at a boundary) but the particle changes its direction during “Transportation” a little bit.

Is that supposed to happen?

UPDATE:
I think i solved my problem…
The problem seems to be my self-made physics lists (maybe step size is to small or wrong physics for this energy)
With a predefined physics lists (e.g. FTFP_INCLXX_HP) the output looks like this WITHOUT the Cube 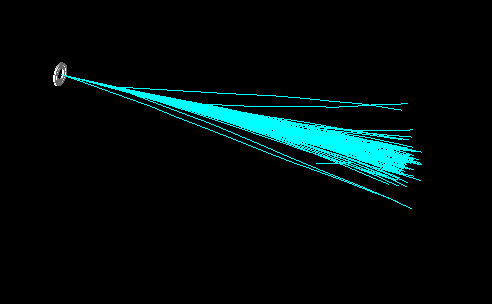 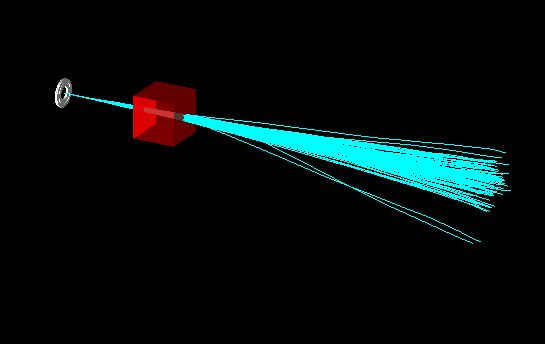 Both are similiar enough to say it doesn’t matter if the box is there or not.