Dependence of proton energy loss in air to electron cut

I am doing simulations on a microCT of a miniature phantom with gammex tissue equivalent rods and an air hole. Basically, I am shooting protons from the side and taking the proton radiographs in the form of energy loss maps which is just the energy lost in the phantom (see figure below). 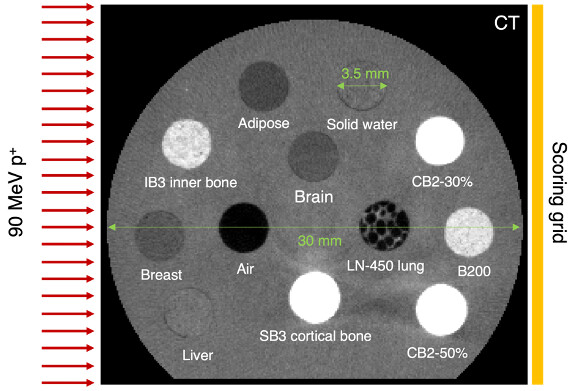 I performed the simulation at electron cuts 10, 50, 75 and 100 um ( CT voxel size = 115 um) and noticed that at the region where protons encountered air (i.e., 3rd layer w/ breast, air, lung and b200 bone) in its path, protons lose more energy at higher electron cuts. To some degree, we figured out that the issue stems from artifacts in air (i.e., there are air voxels assigned with higher densities that goes up to 0.3 g/cm3). When these are corrected, then the dependence to the electron cut disappears. Could this be because of how the energy loss tables are dependent to the electron cut? The figure below shows the dE/dx tables I extracted using G4EmCalculator for different densities of air. As can be seen, at higher air densities, the proton stopping power is higher at larger electron cuts.

Another thing that we noticed is that at these artifact-laden air voxels, the electron energy deposit is higher at larger electron cuts which is not something you would expect. The leftmost figure below gives the relative electron edep at ec =10um and the next three are the difference of the edep maps at 50, 75 and 100 um with the 10 um case. For the bulk of the phantom, you’ll see that the electron energy deposit goes down as higher electron cuts are chosen (figure becomes darker) which is the expected behavior in Geant4 but at the air holes, the opposite can be observed. I am not quite sure why this is happening.