Energy deposition from electrons in Helium

I am building some geometry, involving energy deposition in a helium cell for low energy particles. The final helium cell is meant to be superfluid He3, but let’s begin with simple validations…

I have started throwing electrons in a big volume of helium (playing with different densities and temperatures), where they have enough space to deposit all the energy. For example for an initial kinetic energy of 1 MeV I get something like 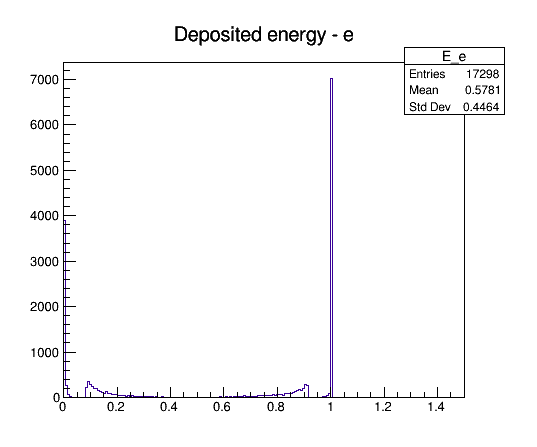 The physics list used is EMLivermore, but similar results are produced with other EM lists, even the Standard one.

Basically there are 3 contributions:

Now, I have tried to extract some figure of merit like the mass stopping power, to compare with ESTAR but it does not make much sense. But before investigating any further I need to convince myself that the energy deposition alone is physically consistent, while now seems to me a sort of patchwork of distributions.