my first posting in the new forums! Isn’t this exciting?

I’m trying to validate a simple water phantom model in BDSIM against that observed in G4. The G4 example is based on the TestEm7 example but with considerable modification. None of which should have a bearing on the G4 results.

I’m seeing a significant difference between BDSIM and G4 (see B-P’s attached. Blue and red curves are per legend in G4, the green curve is the unsmoothed BDSIM output). The problem doesn’t manifest itself in a mono energetic beam but increases with increasing energy AND energy spread. I have ensured that BDSIM is using the same physics libraries as G4 and uses the same range cuts etc. I’ve also played around with ionisation potential and density in G4 to see if I could replicate the problem in G4. No success. The problem is also apparent in beryllium in BDSIM.

Looking at the graphic output of both G4 and BDSIM (pics in separate posts) it’s obvious that there are or seem to be a great deal more neutrons being produced in BDSIM and my supervisor has suggested that these neutrons may be taking energy out of the water phantom and subtracting energy from the B-P resulting in the shift left observed in the BDSIM results. In order to check this I’d like to see if I can reproduce the problem in G4 but I can’t find how to switch on neutron tracking or switch off neutron suppression in the TestEm7 example. Any clues?

Regards from solitary confinement and thank the Lord for the internetz! 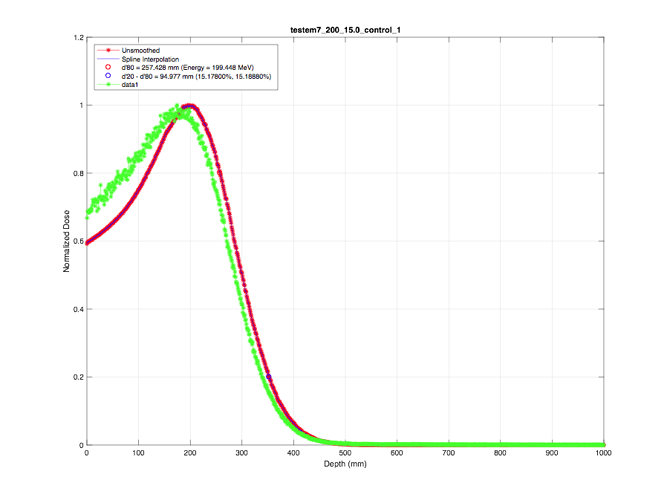 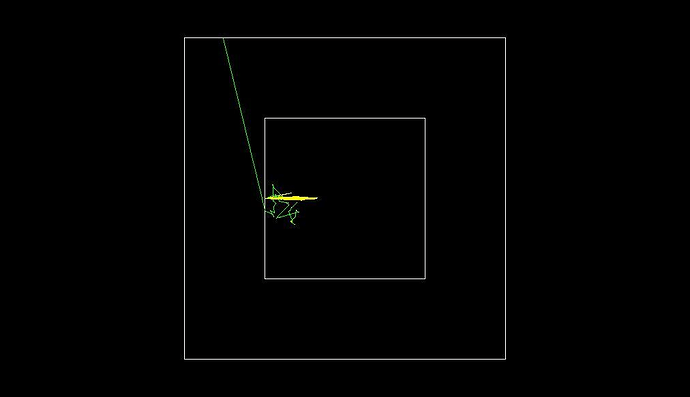