Hi. I am trying to reposition some sensitive detectors that I have previously set with G4PVPlacement .

I just need to delete previously set PV Placement. Is there a command for that?
…

Thanks for the reply.

It’s not that I need to place objects and later need removed but actually moving sensors around.

I am trying to run an algorithm that requires the sensors to move around based on readings.

This may be more involved then you want, but I know that this user has a demo that creates a way to move geometries via UI commands instead of re-running the application, which seems to be what you want. 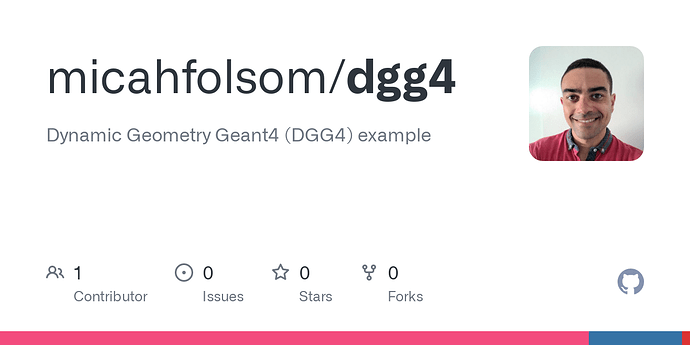 Thank you Loyd. That looks like what I am trying to do. I will take a look.