Quick summary: the behaviour of thermal neutrons in my simulation is very different when using Geant4 10.5 compared to Geant4 10.6.

I am simulating a monoenergetic 10 keV neutron source on a water phantom, and scoring the fluence of photons and thermal, epithermal and fast neutrons on a voxel grid. The following figures show the thermal and epithermal neutron fluence profiles respectively along the beam axis, normalized so that the maximum is 1. Results are provided for two fully independent code bases. A result calculated with MCNP used as reference is also shown. 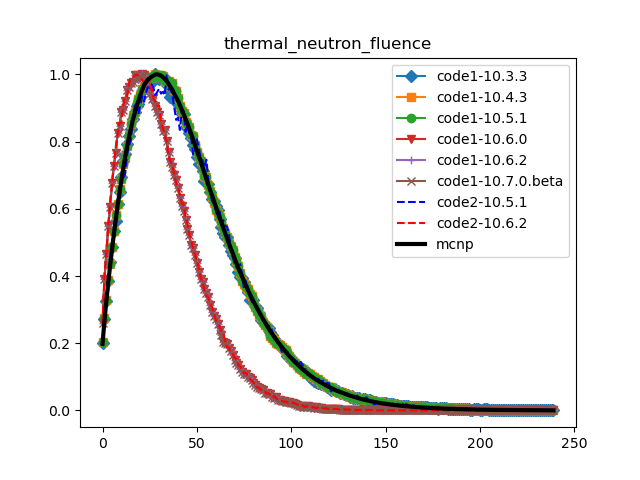 All results have been calculated using G4ENDL-4.5. G4ENDL-4.6 has shown similar results when tested.

Any ideas? Is this a bug or a feature?

I looked at the neutron cross-sections and they are the same, in case this helps troubleshooting.

I would advice to compared initialization printout for hadronic physics in Geant4 10.5 and 10.6 and be sure, that in 10.6 thermal neutrons are enabled. I mean printout at the beginning of simulation.

The difference between the two seems to be that GheishaElastic and GheishaInelastic are gone. I have no idea what these are… Do you think that might be the cause? I did not do anything to remove those though.

I think I found the source of the problem.

Going from 10.5 to 10.6, the random rotation around the z-axis was removed in /source/processes/hadronic/processes/src/G4HadronElasticProcess.cc (i.e. “outdir.rotate(phi, it);” and “pdir.rotate(phi, it);” were removed prior to applying “rotateUz(indir)”). This removal seems to cause the neutrons to change direction only in the transverse plane, example (10 keV neutrons in water, thermal neutron recipe in use, G4_10.06.p02, G4NDL4.6): 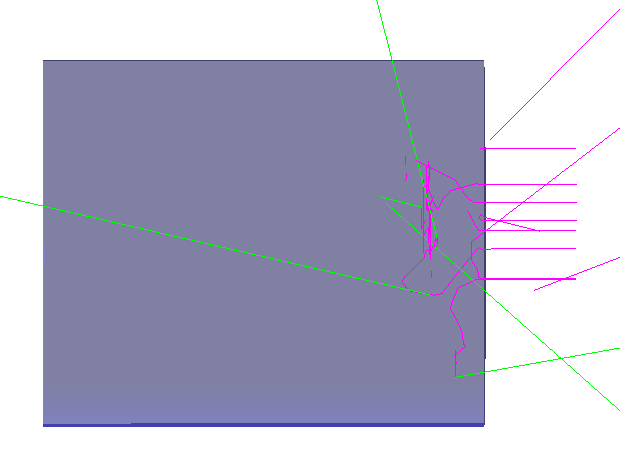 When the azimuthal rotation described above is reintroduced into 10.6, the longitudinal scattering looks again normal, similar to 10.5.

With this type of bugfix, the G4_10.6.p02 and MCNP cell fluxes again agree nicely for both epithermal and thermal neutrons as well as photons as a function of depth along the center of the beam axis.

The visualization with the same code in 10.06.p02, but reintroducing the azimuthal rotation looks like the following: 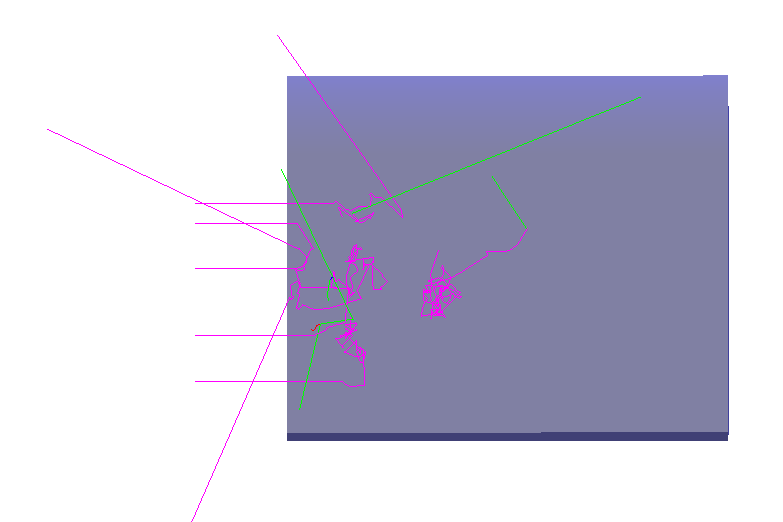 I reported a bug:

This figure summarizes the problem that @lauriw’s figures revealed: 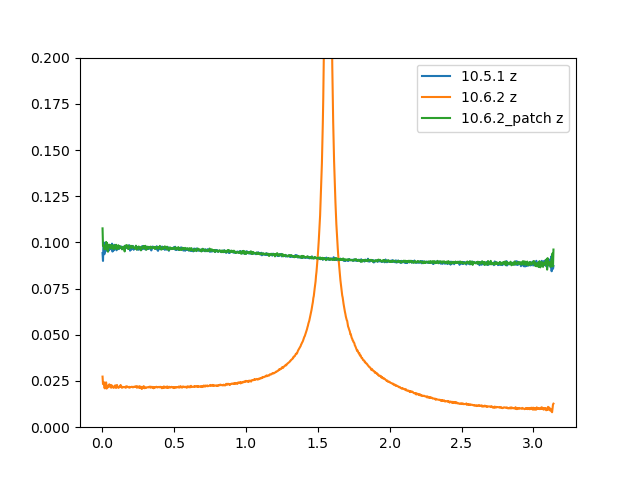 The x-axis is output angle of neutrons in hadronic ellastic collisions with respect to the Z-axis. The y axis is probability density.