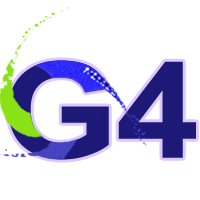 In order to study the optical photon process in N06 example, but I can’t run it. It seems I forgot some step. What do I need to do to run example N06?
(it’s located in geant4-geant4-8.1-release/examples/novice/N06 folder)

As I said in my answer to Problem Running Novice Example N06:

"The example N06 is really old. It was moved and renamed to OpNovice in Dec 2012 and has undergone many changes since. I would be very surprised if the old N06 version would compile for a modern version of Geant4. What version of Geant4 are you running?

Try copying the OpNovice example from your Geant4 distribution (/path-to-Geant4/examples/extended/optical/OpNovice folder). Then do the standard procedure to compile it (cmake, make)."

PS It is best to do a search of the forum before asking a question. There often, as in this case, is already an answer. Cheers.

Thanks for your information.