In my simulation I am shooting gamma photons of different energies (higher than 15 MeV) at a carbon shielding slab (volume in white), which in theory should produce photoneutrons, which then I would detect in a water sphere sensitive detector (volume in blue), as showed in the following image: 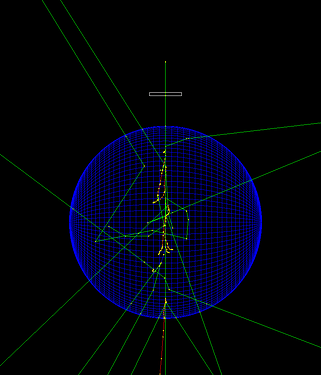 Unfortunately, no photoneutrons are being produced. I have tested detecting other particles and everything works fine, I double checked this by activating the Verbose and indeed no photodisintegration processes were listed. I have tried different materials, such as tungsten or other high-Z materials, as well as higher gamma energy photons and increasing the number of samples up to a couple of millions but still no photoneutrons are being produced.

Perhaps the problem is related to the Physics Lists? These are the ones that I am using in my simulation:

Any help with this matter would be greatly appreciated.

Thank you in advance!

Hi Efraín
I suggest you post this on the Physics Processes Forum.
John

Thanks for your suggestion. I just did.

I am trying to simulate and detect the secondary photo-neutrons in high energy linac , but I am new in geant 4 and have a beginner skills in C++ language I have tried to run Medical_linac example i get the following message which failed my visualization 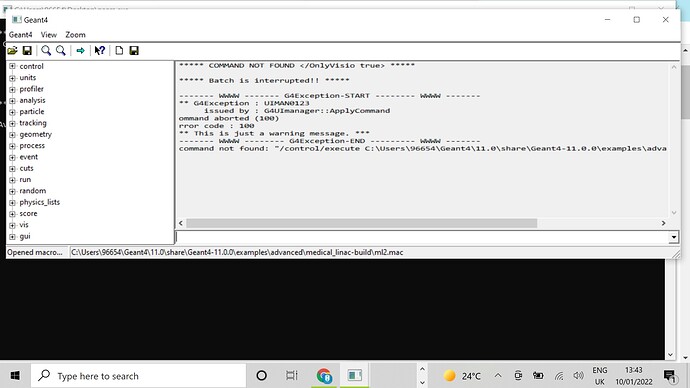 your responde is hilghy appreciated