In my simulation I am using an electron gun shooting 15 MeV (or higher) electrons at a tungsten slab (volume in grey), producing gamma rays which then are filtered by a tungsten collimator (volume in white) which at the end will hit a water sphere sensitive detector (volume in blue) along with all the secondary particles created in the process, as shown in the following image: 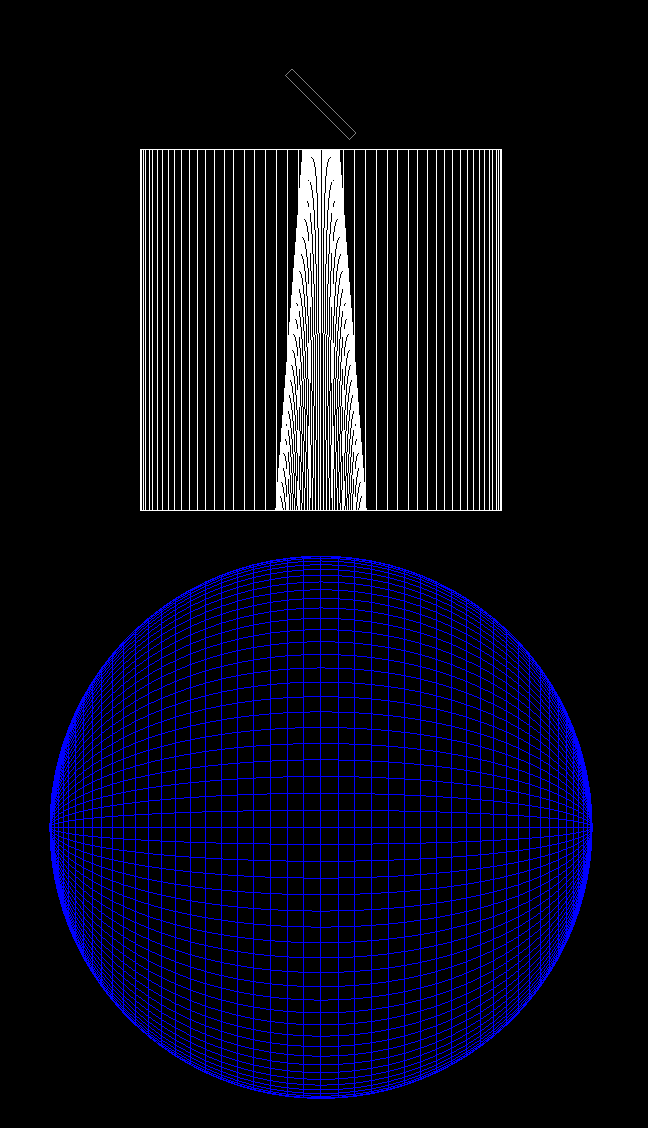 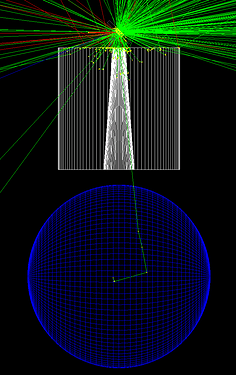 My objective is to measure the photoneutron dose produced due to the interaction of the gamma photons with the tungsten collimator (like that of a linac).
Previously I had problems with the photoneutron production which were resolved thanks to a previous post in this forum (Photoneutron detection) by adding the G4EmExtraPhysics list. This led me to currently use the following physics lists:

Unfortunately, after I added the G4EmExtraPhysics list, I noticed a significant reduction in gamma photon production, which made me doubt of the overall performance of the simulation. I have checked the medical_linac G4 example, but I noticed that the standard electromagnetic option3 model is its default model.

Therefore, I would like to ask for your help (yet again) regarding which Physics Lists I should use or if you have any other advice for my simulation, I would greatly appreciate it.

Thank you in advance!

I am not sure about this:
• G4EmLivermorePhysics
• G4EmStandardPhysics_option3
• G4EmExtraPhysics
• HadronPhysicsQGSP_BIC_HP()
• G4IonBinaryCascadePhysics()
• G4RadioactiveDecayPhysics()
• QGSP_BERT_HP
As I see you have two EM Physics constructors, and then HadronPhysicsQGSP_BIC_HP and QGSP_BERT_HP. So I do not understand as it seems you use alternative physics lists/constructors for the same physics processes.
I suggest you to try the following physics list: ShieldingLEND. Shielding LEND derives from the Shielding Physics List. Basically it is the Shielding using the G4LEND libraries which should give you better results. In addition, in the Shielding physics list, change G4EmStandardPhysics to G4EmStandardPhysics_option4 as this is deemed to be the most accurate for low energy applications.
Finally I suggest to you to move towards the most recent version of Geant4.

Happy to see your progress/results,

May I suggest you to have a look to PhysicsList.cc of example Hadr06 (or Hadr07).
It offers a coherent set of physics constructors.